Do You Argue Fair? Top 7 Things to Never Say In An Argument 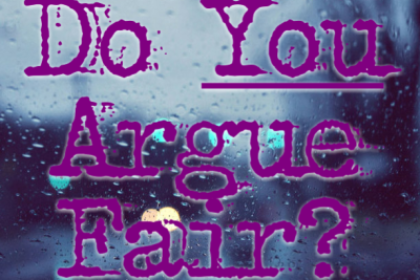 We don’t want to offend, devalue or disrespect anyone, just as we wouldn’t want these things happening to us.

It can happen fairly quickly. First you’re having a simple conversation… then you’re having a disagreement that turns into a heated disagreement. Next thing you know, you’re in a mild or full blown argument… Ever wonder how you got there? Want to avoid getting there in the first place?

I don’t think many of us actually enjoy arguments so we typically do anything to avoid them because  it’s easier than being forced into a silent game that by the time it’s over we often forget what we were arguing about in the first place.

I’ve had several situations in which I want to have a civilized conversation and some how, we can’t figure out how to agree to disagree or one or both of us are so focused on telling our side, trying to get our points in, and trying to get the other to understand us rather than seeking to understand them, then seeking to be understood.

We many not be able to help avoid the disagreement in the first place, but here are a few things that I’ve found best if we avoid to ensure that we don’t push the disagreement/argument further than it needs to go.

Do you say any of these things and wonder why it went from 0-100 in a matter of moments?

Top 7 Things to NEVER say in an Argument:

1. “That’s not how you feel”/ “You dont really feel that way | Never try to assume some else’s feelings… if you assume wrong you could likely end up making matters worse.

2. “You’re wrong & I’m right” / “I’m  Right and you’re wrong, end of story | It’s very clear that this is just a cop out for someone who can’t hold their own during an argument.

3. “What you say doesn’t matter”/ “I don’t care what you have to say /I’m not changing my mind” | This is simply an unreasonable response during an argument and another cop out for someone who can’t hold their own during an argument.

4. “Shut Up” | If you use this one, you’ll find a one way trip to either getting cursed out and/or losing the point of the discussion in the first place (on both sides).

5. “Get to the point.” /”Are you finished yet?” |  What you’re truly saying is “Your points are irrelevant.” You’re devaluing the person and being insensitive and may be quick to lose respect and the whole discussion may collapse. This is the quickest way to end a conversation with unresolved issues.

6. “Then why are you here?” | If you want to back someone into a corner, you may get that with this phrase, But who wants to appear to be this insensitive? Insensitivity does not build relationships, it destroys them.

7. “Get out of your feelings” | Everyone is entitled to their opinions and feelings (valid and factual). This is another example of being insensitive. When you say this you might as well follow up with, “I don’t care about you and your feelings,” because that’s pretty much the take away from that phrase.

~Overall, avoid being patronizing, disrespectful, insensitive, devaluing and you may be on better track to resolving what ever issue cause the argument in the first place.

How can you relate? Have you used any of these phrases or versions of them? What are some argument no-nos for you? Share some of yours, I would love to add some to the list. And don’t forget to share this with someone!

Taliah is a Mentor, Speaker, Author and Motivator. She is humble and bright, spreading light through the passionate heart of a foodie, whose appreciation of beauty expands beyond the world's perception of it. A hopeful romantic at heart, she loves uplifting and encouraging others by sharing a simple smile and inspiring the world to embody the positivity they want to see (more) of in the world. Taliah's mission, through Humble Sunshine is to create ways in which she can advocate, mentor, and specifically be an anchor for young girls and women who need help navigating this thing called life as they strive to find peace and healing in their lives, so that they may walk confidently in the fullness of their God-given purpose.

What you can read next

Catch Me as a Panelist on a New Series!

How to Stay Hopeful During Valentine’s Season 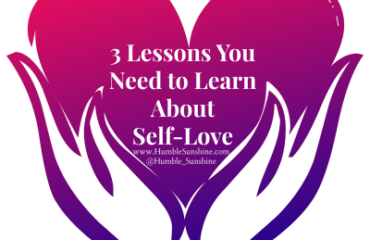 3 Lessons You Need to Learn About Self-Love

2 Comments to “ Do You Argue Fair? Top 7 Things to Never Say In An Argument”